Habitat design for the masses 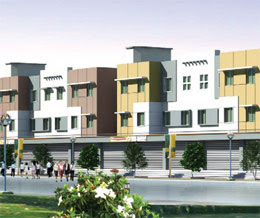 For a supposedly socialist nation teeming with poverty, experiments in designing low-income housing have been few -- and not particularly successful. The term 'low-income-housing' brings up images of seedy tenements and localities wracked by violence and strife. It doesn't have to be that way. Villagers with few material possessions have lived in beautifully compact little villages that are in tune with their surroundings. The seedy low-income-housing project was an urban phenomenon inflicted on people by unimaginative engineers and bureaucrats with little or no understanding of social and cultural issues essential for the creation and evolution of vibrant and thriving communities.

Perhaps a major change is underway. The Tata group is known for its commitment to society and culture -- it was, after all, Jamshedji Tata who established the nation's premier modern academic institution, the Indian Institute of Science.
Let's hope the Tatas, with their Shubh Griha project, involve not only engineers and architects, but poets, artists, sociologists, anthropologists, historians, sculptors, dramatists, scientists and other professionals in their quest to create a new kind of low-cost housing for India's burgeoning urban population.
I also read a few days ago that Ramesh Ramanathan of Janaagraha fame is pursuing a similar kind of dream and is on the lookout for sponsors and underwriters.
Out west, IKEA is pursuing similar plans.