Danger Mouse blanks out -- for a price 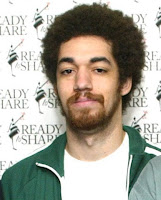 Danger Mouse: the DJ who made waves when he created the Grey Album- a mashup of the Beatles' White Album and the rapper Jay-Z's Black Album in which he used Jay-Z's vocals overlaid on beats from the White album; a singularly creative piece -- is making waves once again. To avoid legal action by the White Album's copyright holder, the recording company EMI, he has released a new blank CD-R along with the rich artwork one expects in a typical album. His musical creation, itself, is roaming around on the internet, and he has invited his fans to download it on their own and burn it onto the CD-R they have purchased.

Now that is one heckuva creative way to circumvent his legal opponents by taking advantage of both his fame and available technology. Knowing that music is pirated anyway, Danger Mouse relies on his loyal following paying money for the arty material so that they could marry it with music they may then download for free. Again, to avoid lawsuits, he hasn't even informed his fans where the music is to be found -- realizing that that the Power of Crowdsourcing will take care of that in minutes, on a social network as vast as those found on the internet.
It's remarkable that a mainstream news source, National Public Radio (USA) is streaming the entire album (Dark night of the soul) from its website.
This is a delightfully creative example of designing intelligent solutions to tricky problems without necessarily having to do all the work yourself. This experiment forces a fan to do some extra work -- and given the target market of hip, young, technologically savvy persons, they probably would delight in the task. It engages the fan even more in the process of disseminating the product and generates a huge amount of buzz at no cost. Most marketers would kill for such free publicity, but this sort of thing can be pulled off usually only by entities that are viewed as rebels and underdogs. If a mainstream entity attempted such a caper, it likely would get branded as astroturfing -- an attempt at creating a fake groundswell -- which would risk a catastrophic backlash and alienate the target market.