A tale of two remotes 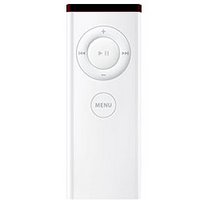 The remotes in question are those from Apple used with its Front Row software, and from Microsft, used with its Media Center PC. In size and complexity they occupy opposite ends of a spectrum.

The Apple Remote (AR) in keeping with that corporation's 90/90 philosophy is small and spare - it is about the length of a strip of chewing gum, and not much wider and thicker either. The Microsoft Remote (MSR) in tune with that company's All Things to All People ideology is large and feature rich. It's the size of usual remotes that come with your TV, DVD player or stereo.

MSR looks - and feels like a remote. Physically, it is well designed to fit comfortably into an adult hand, and the key controls are in the right places. Cognitively, however, MSR is just as confusing and infuriating as the average remote.

AR looks nothing like any remote one might have ever encountered. In fact, it looks almost exactly like Apple's own iPod Shuffle DAP. It has the same sort of controls plus a menu button. AR has high learnability; the controls have been carefully designed to be usable across different cultures and languages and the buttons are juxtaposed in a manner that would allow users to easily map onto their own mental models. No user is likely to feel overwhelmed by AR. 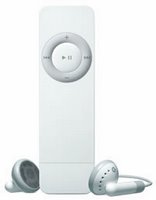 To be sure, MSR has far more functionalty than AR; an experienced and trained user can access various functions far more rapidly than with AR. The problem is, most users (other than teenage boys) are unlikely to read the manual or spend enough time to master the remote. More likely, they will learn to use the two or three things they need most and try to commit those functions to muscle memory, so that they can use the remote even in the dark, say while watching a movie.

Apple has moved most of the complexity of the interface to the device itself -- in this case, the Macintosh computer. Additional functions are accessible through a menu that pops on the screen when the menu button is pressed. While this requires more button presses than hitting buttons on the remote, they require far less cognitive effort and the process itself is perceived by the user as being less effortful and more satisfying. The Apple Remote can be learned very quickly and then operated with one hand and without requiring the user to look at the controls on the remote; any additional operations are performed by the user without taking her eyes off the screen.

MSR exposes the complexity of the entire device to the user, while AR masks it under a menu that appears on the screen. The Apple Remote is a classic example of user-centered design that respects and accommodates the cognitive limitations as well as behavior patterns of the user. The Microsoft Remote is a textbook example of traditional device or technology centered design where device functionality and control takes precedence and the user is mostly an afterthought.

Here is another example of the value of simplicity over complexity.