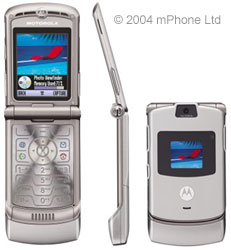 It turns out that Nicolaus Copernicus did more than just stare at the heavens; when he was not peering at heavenly bodies, the man had something to say about money, which the English financier Sir Thomas Gresham later formulated into what is now know as Gresham's Law: Bad money drives out good.

This blogpost has nothing to do with money, although I will paraphrase Gresham thusly: Bad design drives out good. In the mad rush to conquer, occupy or seize new territories, corporations seem to lose perspective. In particular, superficial Style, the aspect most immediately visible to users ends up trumping Usability, a quality that is discerible only through actual use by intended users in real contexts. I am going to use as examples Motorola's new line up of

terminally cool four-letter-named cellular phones: RAZR, SLVR, PEBL and others that might be on their way. There's the RAZR (pronounced 'razor'). Then there is the SLVR (no, not 'silver' but 'sliver' as in 'thin'). And then the PEBL (yes, as in 'pebble'). Cute names, even cuter phones. In fact, the phone are smash hits, and every cool person wants to be seen in the company of one of these. I mean, who could resist them? They're infinitely cool. I myself have been salivating over these for a long while; with my frumpy little phone, I don't want to be caught in flagrante uncoolo. 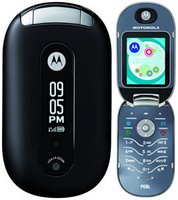 I played with one of these puppies the other day in a store and came to the conclusion that my fingers were much too fat, and my nails were not long enough. Either that, or the phones are meant for squirrels, or anorexic heroin chic models.

Take a close look at the keys. They aren't really buttons. The surface is flat with grooves cut into it and numbers are etched onto the surface. In the SLVR model the number keys aren't even lined up making it look really radical and chic. Would I be able to punch in a number quickly? Not a chance because of two problems: a) I would be constantly hunting for the numbers, and b), I cannot use my thumbs directly because I end up pressing more than one key at a time: I need to use the tips of my fingers or my nail (if it is long enough). For somebody with a lot of time on their hands (and thin fingers) who also wishes to project an image of hipness, these phones are great.

To be sure, the phones, especially the RAZR, are chock full of functions, and are slim and light. And rather tasteful to look at. Unfortunately, style has trumped substance. Rather than focus on usability first, and allowing style to emerge from the process, the designers have gone all out to infuse the product with style. Even more unfortunate is the fact that the products have become a major market success, especially among the young and hip; the message this has sent out to the industry is that style matters most to customers, usability be damned. Products are now flying out from major vendors emphasizing, above all their stylish qualities. According to a study released by the business analysis firm Compete, form matters more than function.

"What we're seeing is that people are willing to pay pay a premium for style over functionality," says a senior analyst at the firm. "Shoppers consistently tell us that what's most valued to them in purchasing a phone, No. 1 is price, and No. 2 is form, shape, and design ... People tell us that how a phone looks is particularly important to them when they purchase. What it does is significant as well, but to be a cool device it has to look cool."

In an ideal world, a focus on style would not be necessary: a functional product, thoughtfully designed for usability would be inherently stylish in a manner that would never go out of style. Take the humble rose, for instance; it's been around longer, probably, than mankind, and yet doesn't feel a bit dated.