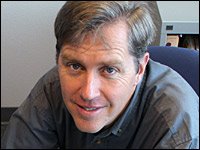 Jeff Hawkins is among the most influential engineers of the past decade that most people don't know. He designed the original Palm Pilot and later the Handspring (and then Palm) Treo. He was also the designer of the first commercial pen-based computer, the Gridpad, back in the 1980's. For all this, Hawkins does not have a Ph.D. -- he is a BS in engineering from Cornell. Hawkins' designs for the Palm Pilot and Treo has influenced the design of practically all PDAs and PDA/phones on the market. Microsoft, after three major failed attempts at building a handheld device, finally copied Palm's design wholesale before it met with success.

Hawkins' Gridpad has influenced most attempts at designing pen-based computers, including the MS Tablet PC.
This quote from Hawkins is worth pondering over (do visit the site):
http://en.wikipedia.org/wiki/Jeff_Hawkins

"If you look at the history of big obstacles in understanding our world, there's usually an intuitive assumption underlying them that's wrong. In the case of the Solar System it was intuitively obvious that the Earth was at the center of the Solar System and things moved around us, but that just turned out to be wrong. ... And it intuitively seems correct that the brain is just some sort of computer -- it just seems natural. ... But it has undermined almost all of our work to build intelligent machines and understand thinking. It's just wrong ... the brain isn't like a computer at all."

Hawkins' current initiatives include:
http://www.rni.org/directors.html
http://www.numenta.com/
He also has a book detailing his research:
http://www.onintelligence.org/
Here's what the wikipedia entry says about him:

Jeff Hawkins (born June 1, 1957 in Long Island, New York) is the founder of Palm ComputingPalmPilot) and Handspring (where he invented the Treo). He has since turned to work on neuroscience full-time and has founded the Redwood Neuroscience Institute and published On Intelligence describing his memory-prediction framework theory of the brain. He holds a bachelor's degree in electrical engineering from Cornell University. In 2003 he was elected as a member of the National Academy of Engineering "for the creation of the hand-held computing paradigm and the creation of the first commercially successful example of a hand-held computing device."

How did he get to where he is now?

"Since he read a special issue of Scientific American on the brain, Hawkins has always been interested in studying how brains work. Initially, he attempted to start a new department on the subject at his then-employer Intel, who refused. He also attempted to join the MIT AI Lab, but they rejected him. He eventually decided he would try to find success in the computer industry and then try to use it to support his serious work on brains."

Sometimes, the path from point A to point B is via points W, G, M and Q. It's taken Hawkins 20 years to finally do what he always really wanted to do, but rather than twiddle his thumbs along the way, he invented some pretty neat devices, made a lot of money, and that's what he is now using to pursue his dreams.